Have you seen samples of those adorable mini coffee cups?  I ordered some of them a while ago, and finally had a chance to play with them when the other ladies in the Chocoholic Chicks group came over.

This first one is the sample that I made before the meeting.  I used the Park Lane Designer Series Paper along with the Chalk Talk stamp set. There might be chocolate in these... I'm not saying for sure. 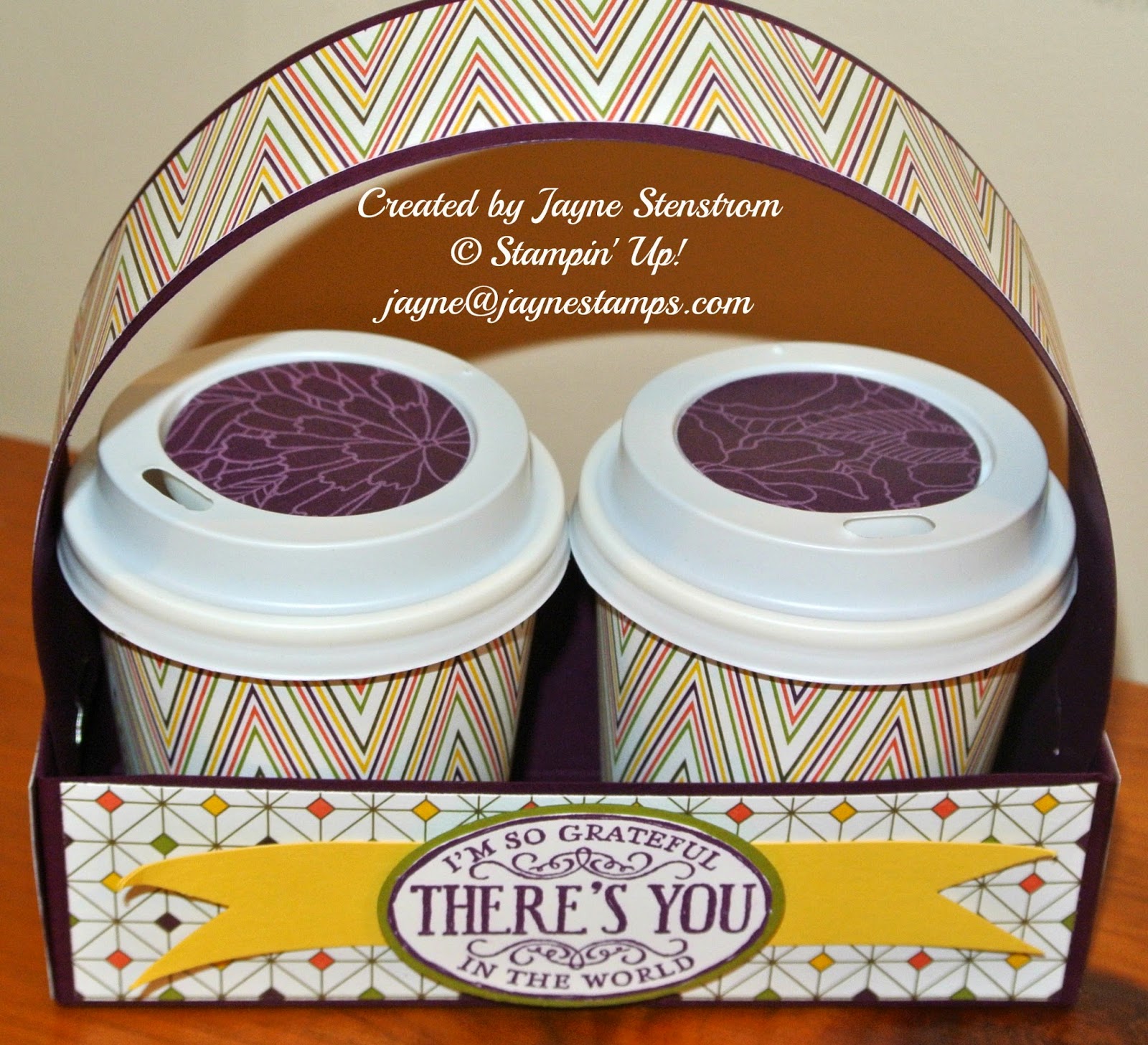 These are the completed projects from the ladies who were here that night.  After looking more closely at the pictures, I realized that most of these were made with the same products - Confetti Celebration DSP and Chalk Talk stamp set. 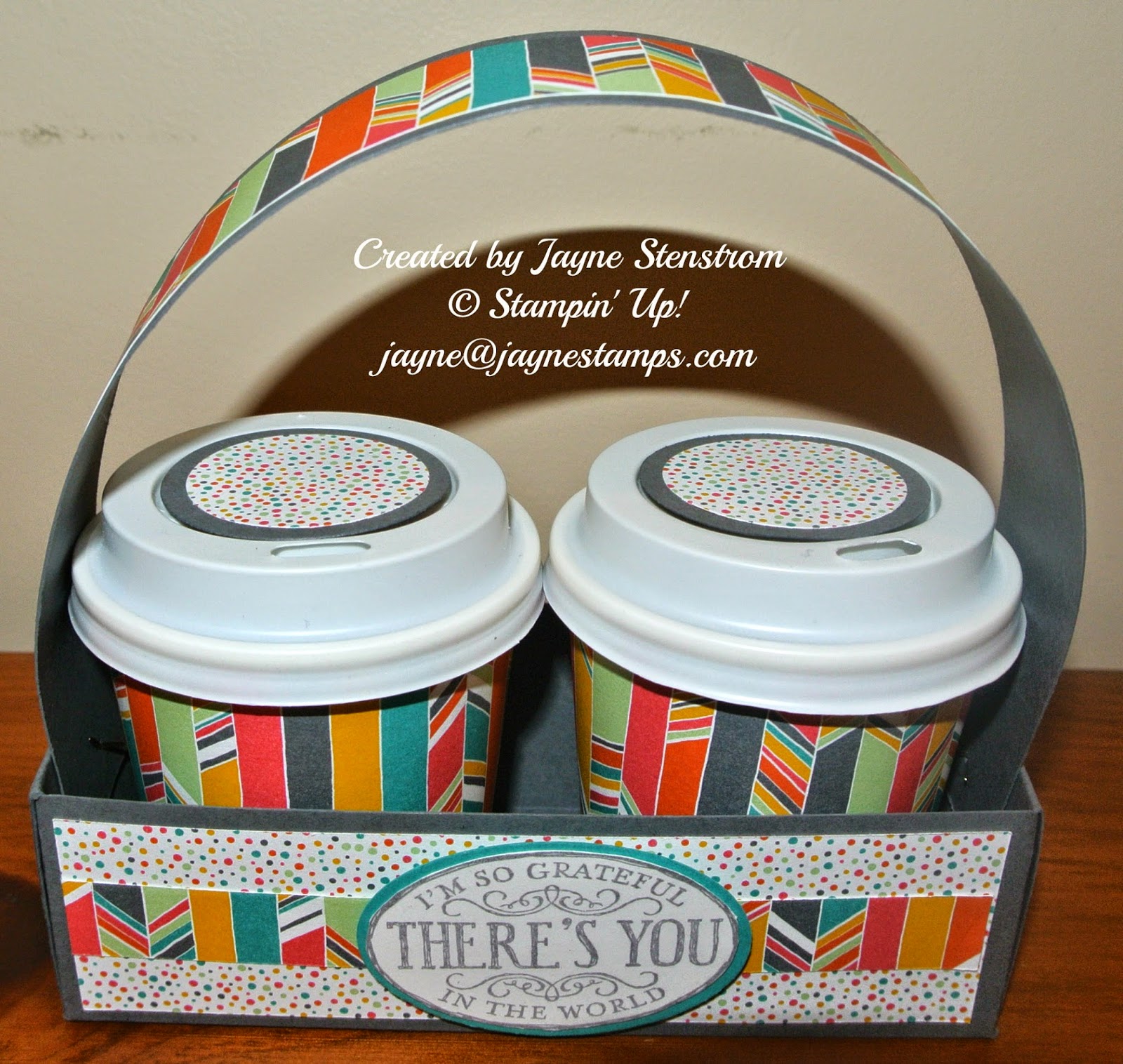 This is the one that I made on meeting night. 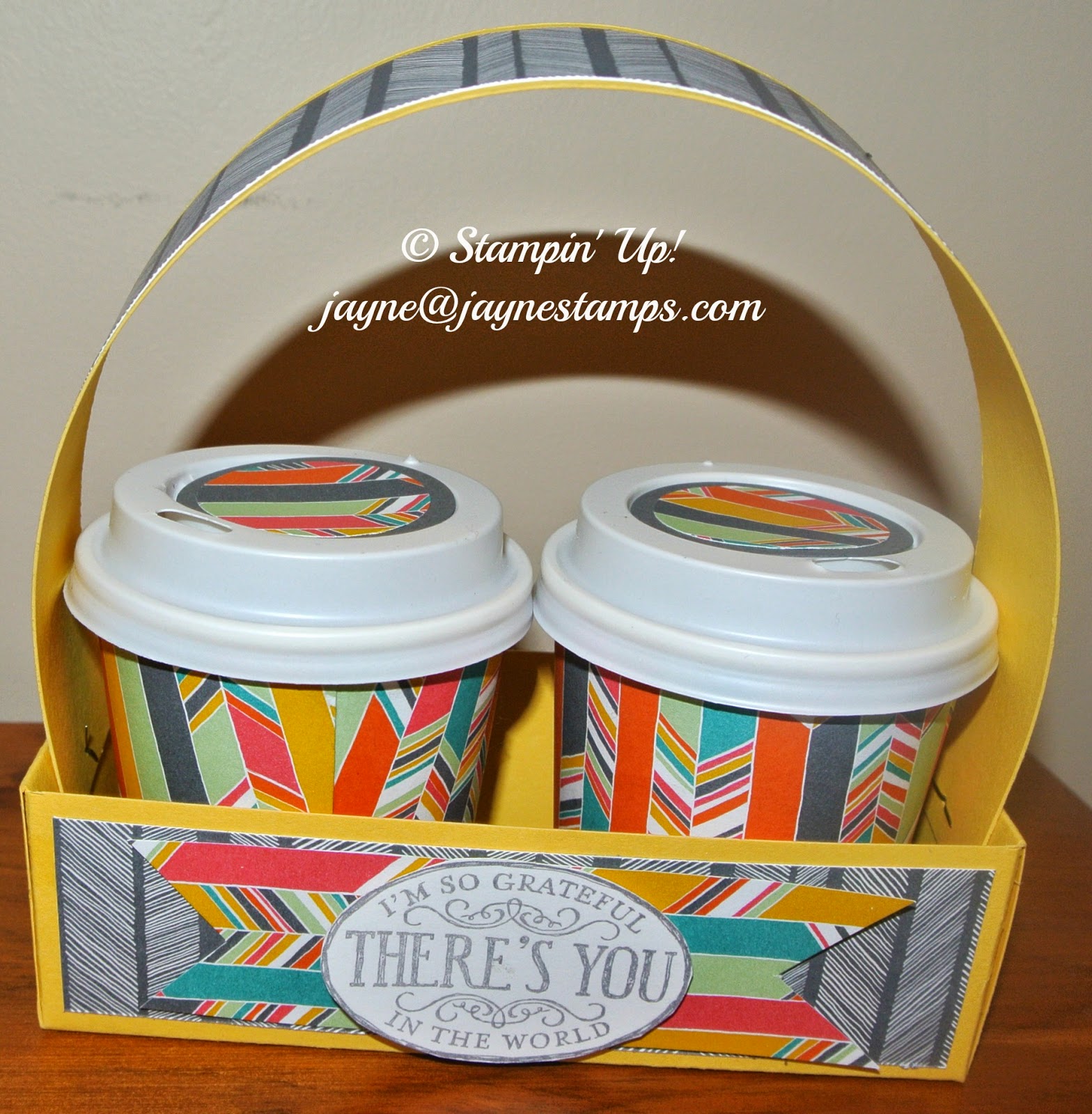 Emily M. made this bright and cheerful project. 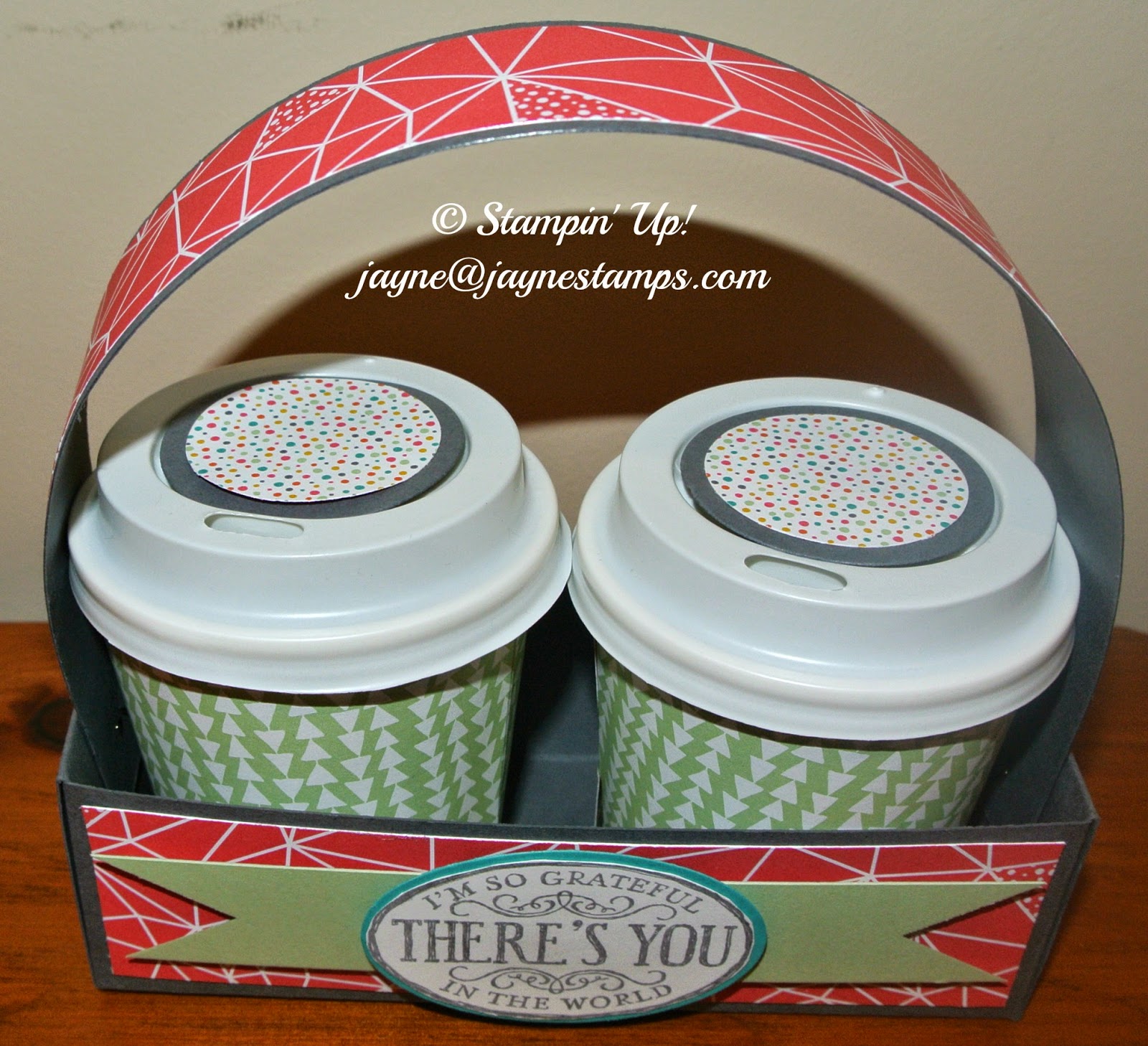 This is Diana S's project. 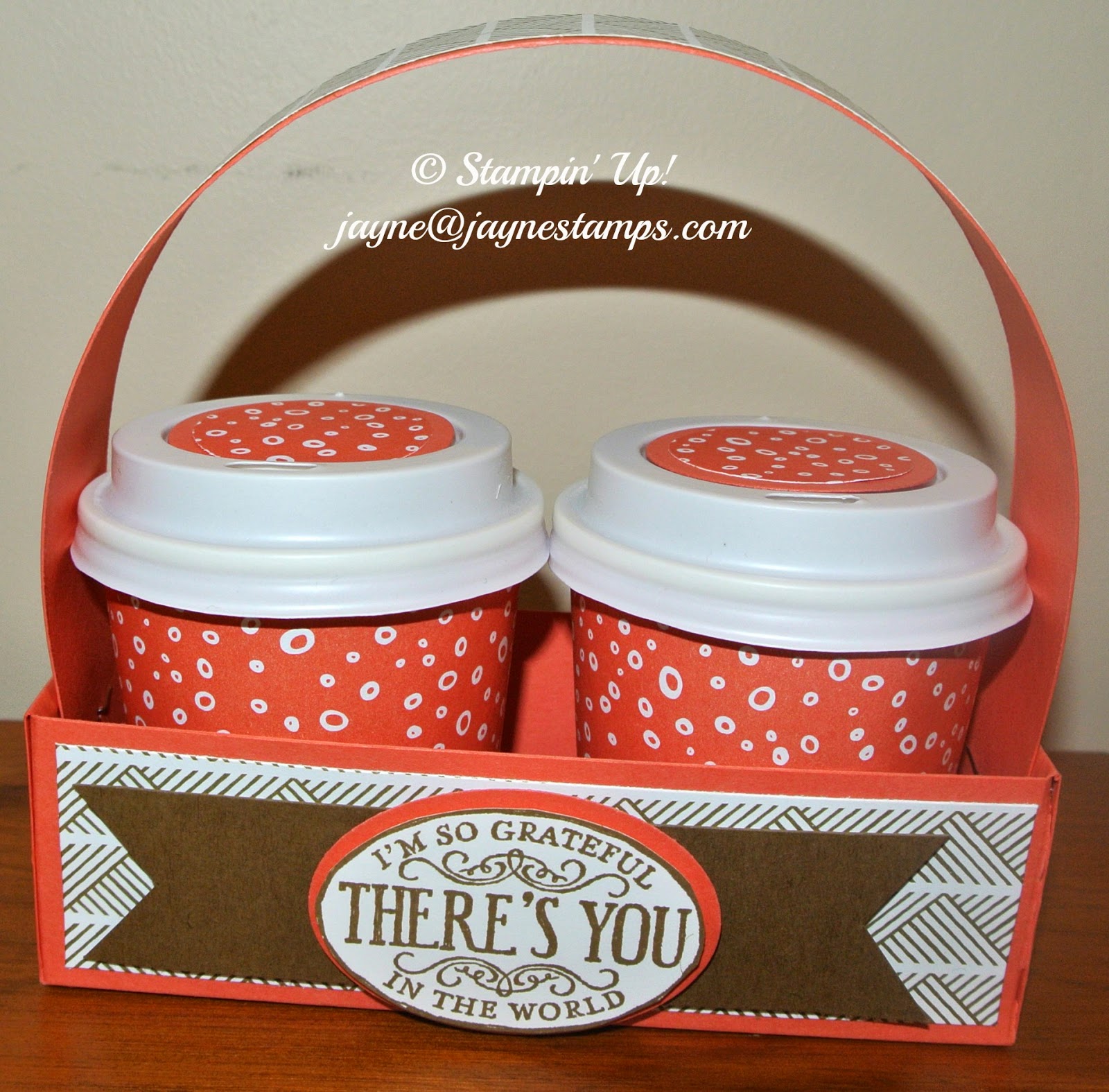 This is Beata F's project.  She's the only one who used a different DSP pack that night.  She used the Park Lane DSP.

Isn't the variety great?  I have another one that I made, but I can't locate a picture of it right now.  It's probably on my other computer.  I'll find it - or at least take another picture and post it soon.

Posted by Jayne Stenstrom at 8:38 PM