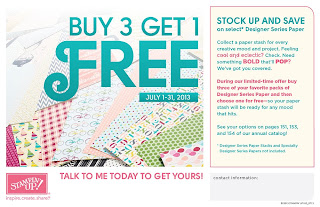 Last week I was MIA because I was attending the Stampin' Up! Convention in Salt Lake City, Utah.  Before that, we were having internet connection issues for a week, so it feels like a l-o-n-g time since I've been here.

So one of the things we have done since I attended my first convention is exchange roommate gifts.  Normally that means making 3 gifts, but this year we had 8 in our rooms.  Four of us drove and the other four flew from various parts of the country, but we're all close friends, so we decided to make gifts for everyone in the two rooms.

Today I am going to show you what I made to give to the other girls.  Everyone got an "altered folder" with matching ink pen, a large decorated paper clip, and a personalized frame decorated with their initial.

Here's what I made for Diane with the This 'n That Designer Series Papers. 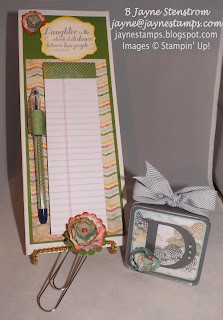 Here is what the inside of the folder looks like.  They could use this to store receipts, notes, or whatever they needed. 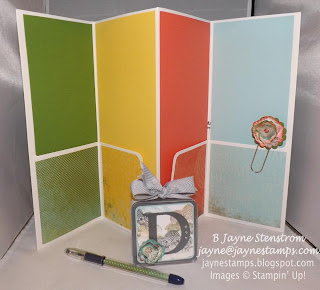 Here is Michelle's made with the Gingham Garden DSP: 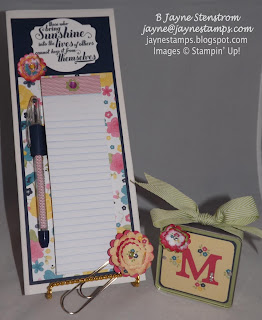 Here are a few pictures of Judy's gifts - also made with the Gingham Garden DSP.  Notice how different it looks from Michelle's - even though I used the same DSP. 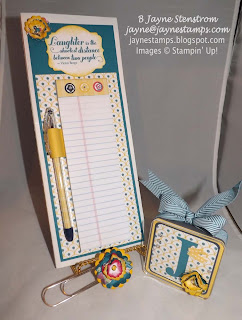 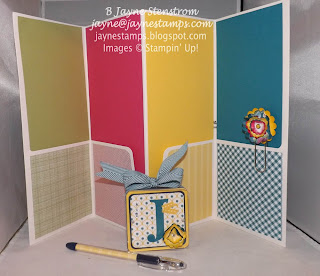 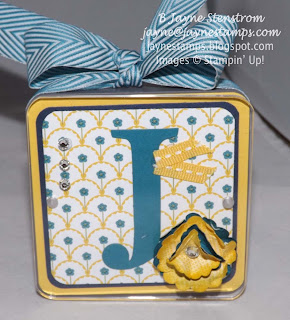 This is the one I made for Cindy using the Soho Subway DSP. 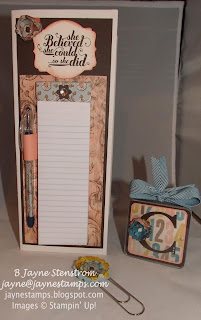 This is Yvette's - made with the Afternoon Picnic DSP. 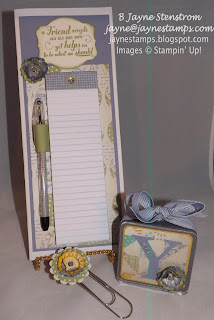 The frames were 3"x3" mini magnetic frames I found at a local craft store.  The DSP and the initial were attached directly to the frame.  The frames have a magnetic front that attaches with two little magnets (you can see them at the sides of the frames), so the Basic Rhinestones and the flowers are attached to the front of that.  I finished off the frames by tying some 3/4" Chevron Ribbon around the finished project. 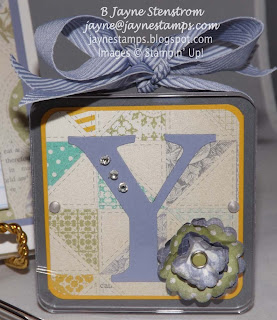 The center of the flower is made by using some of our new Candy Dots along with a Candy Dot Brad Base.  These are so much fun!

This is Jenny's finished gift.  I used the Quatrefancy DSP for hers. Here is Sara's gift, also made with the Quatrefancy DSP. 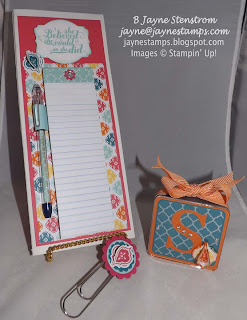 Another shot of the inside of the folder: 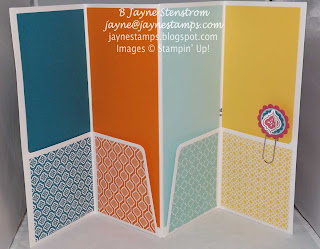 And a close up of her frame: 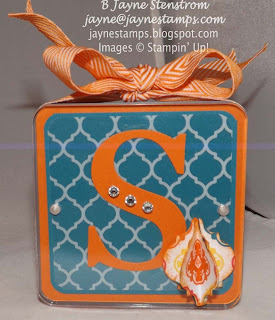 So there you have it.  The goodies that I gave my roommates.  I had a lot of fun making them and choosing colors that I thought each person would like.  I hope they are pleased with them and like them as much as I do!

Posted by Jayne Stenstrom at 9:55 PM