Happy Anniversary - 32 years with my sweetie!

Of course, I had to make him a hand-stamped card. It uses the Cogs Extra-Large Double Punch (pg. 202 IB&C) and Basic Gray, Brushed Silver, and Whisper White cardstock. The circles are "left over" from the insides of the cogs when you punch them. The sentiment is from a retired Stampin' Up! set. The center of the card with the sentiment is only attached to the rest of the card with the cogs. 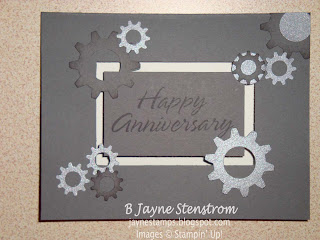 I also added some cogs to the inside of the card so they would line up with the ones in the front. I put my sentiment inside by running my cardstock through my printer -- and I made sure that you couldn't see it from the outside. (That was added after I took the picture. Our power had gone out that afternoon so I had to finish the card the next morning!) I think the basic card idea came from Jackie Topa. Jerry really seemed to like it. 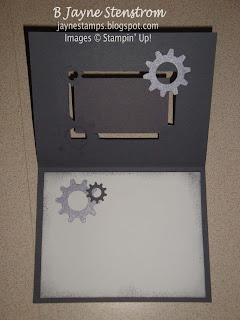 He sent me this beautiful bouquet of flowers. 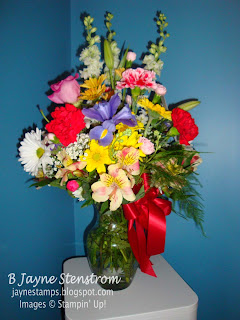 I took a couple close-up pictures of the lilies that were in the bouquet. Now that I know how to make them out of cardstock, I'll have to pay closer attention to the colors in them! 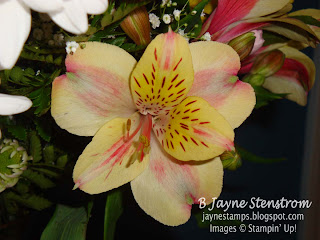 Here is a stargazer lily. Gorgeous, isn't it? 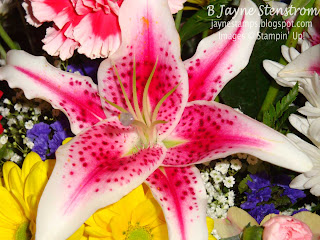 Posted by Jayne Stenstrom at 4:05 PM